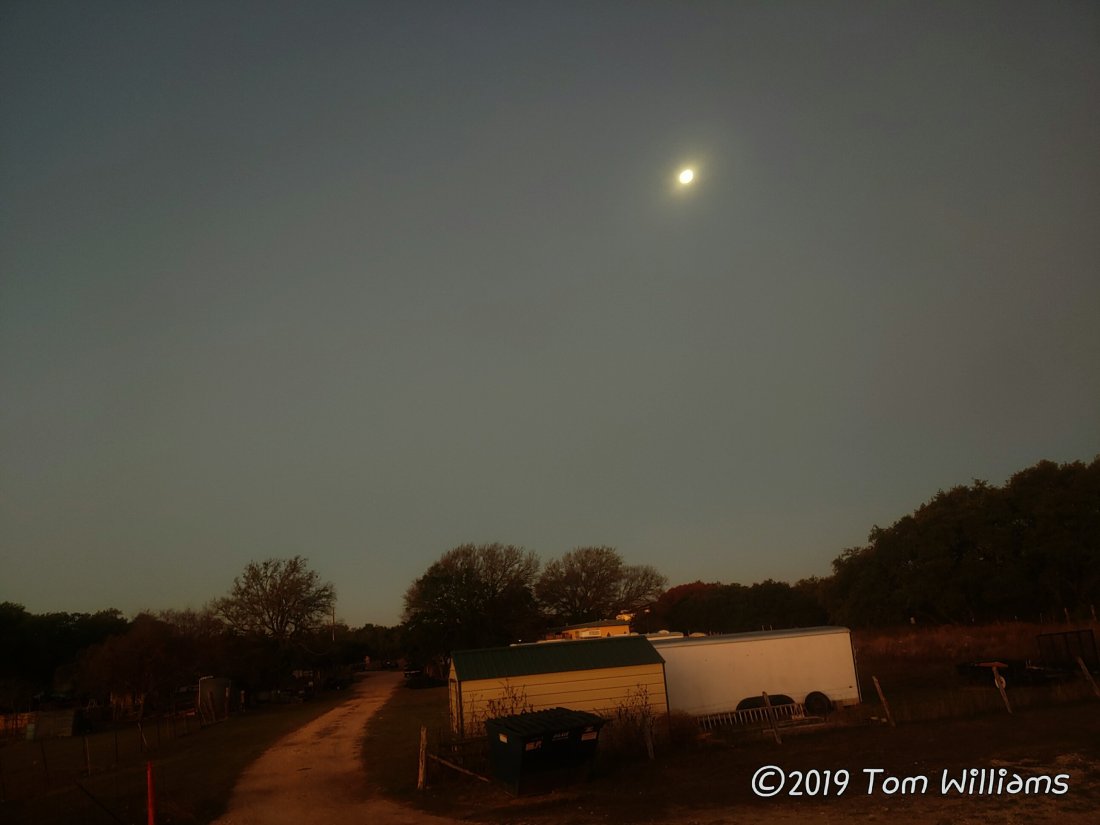 The full moon this morning just before sunrise. 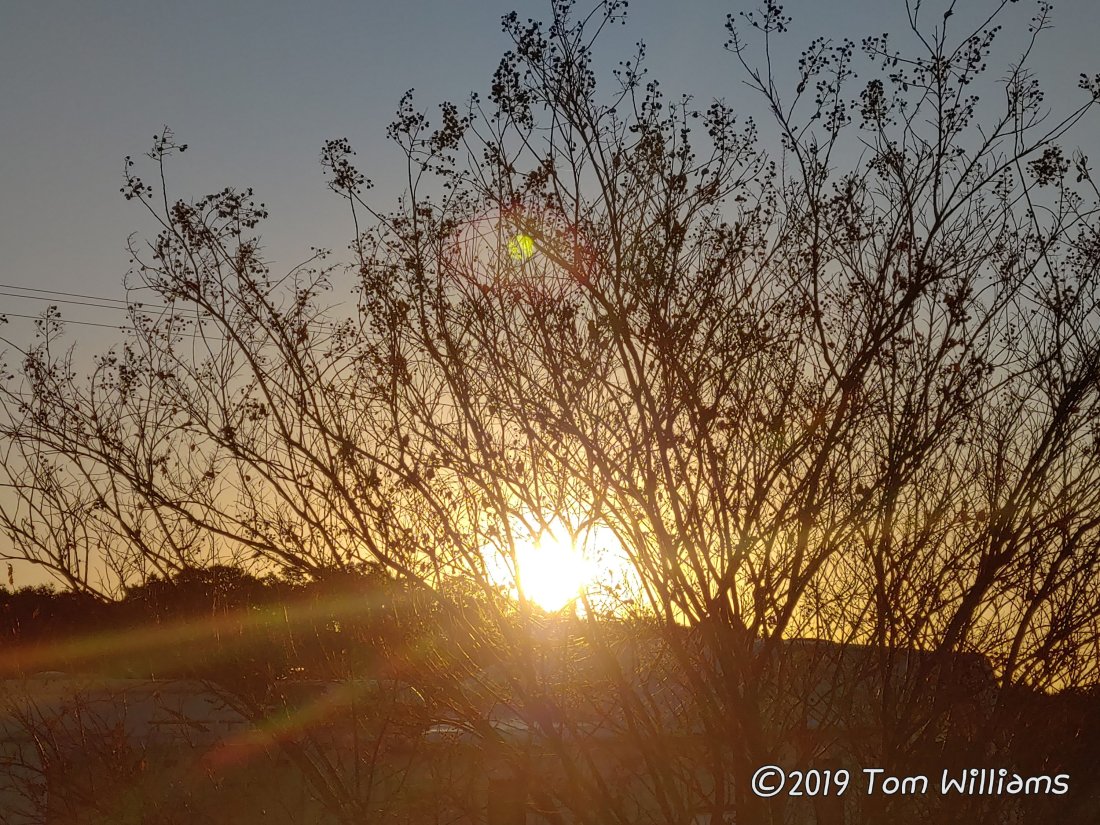 And then the Day Star rose.

received a call from Kerri before I left home this morning. She still needs help in San Antonio. I will be going to San Antonio after I am done at Lakeline at 2 o’clock. I will jump into Rudolf the Red Nose Pickup and head for the shops at La Cantera parkway
San Antonio TX. I’m to start at 5 o’clock there.

he thing I had dreaded most about going to San Antonio was the 2-hour drive back after 9. As I have stated previously I do not like driving in the dark. That problem has been solved because I will be spending the night in a hotel motel in San Antonio.

nd the other situation was that I was going to have to go down, work till 9, then drive all the way back, and then be at Lakeline by 10 a.m. With this new plan, I will be off work all day Sunday. Which is really good because we have laundry to do and Christmas dinner with Adam and family on Sunday evening.

bove was the plan as it was planned. This is the way it played out. The 1-1/2 hour drive took 3 hours. I parked in the mall parking lot and called the set manager. It went to voicemail. I really needed the restroom, so I went into the open-air mall to search for one. Some helpful shoppers pointed the way. I called again and it went to voicemail again. I asked directions to the Santa set from some shoppers and a young gentleman showed the way.

got to a spot where I could see the set without being too obvious (I was in full Santa suit). This time I got a call back. She let the other Santa go and escorted me into the set. We were busy until about 8:45. The set closed at 9.

hen I had to find where I’d parked the truck. I wandered around until I found a store that I remember. Once I got my bearings, I was okay.

erri sent an email with directions to the motel. I arrived at the motel about 9:30. I was told that the reservation was made but not paid for.

called Kerri, who called Becky, who called I don’t know who. But the motel would not take any of the payment options.

ome time after 10 I received directions to another motel. Before going to the motel, I stopped at What A Burger for my second meal of the day. Then I headed toward the new motel. I drove into the drive one turn too late. The motel is on a one way frontage road. That means I had to drive further down the road, cross under the freeway, take the frontage road on that side for 4 miles, cross back under the highway, take the original frontage road back to the motel and pull in the correct drive. Check in was quick and easy (and paid for). 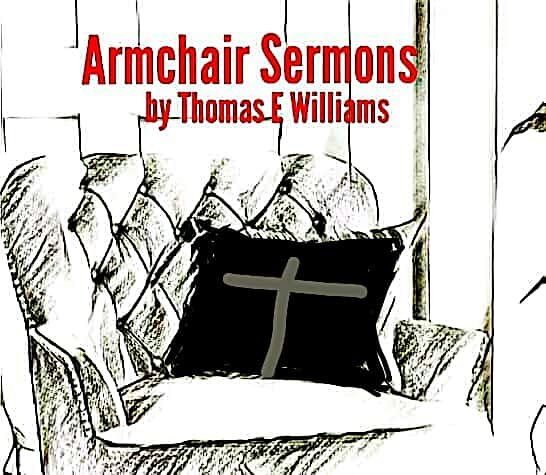