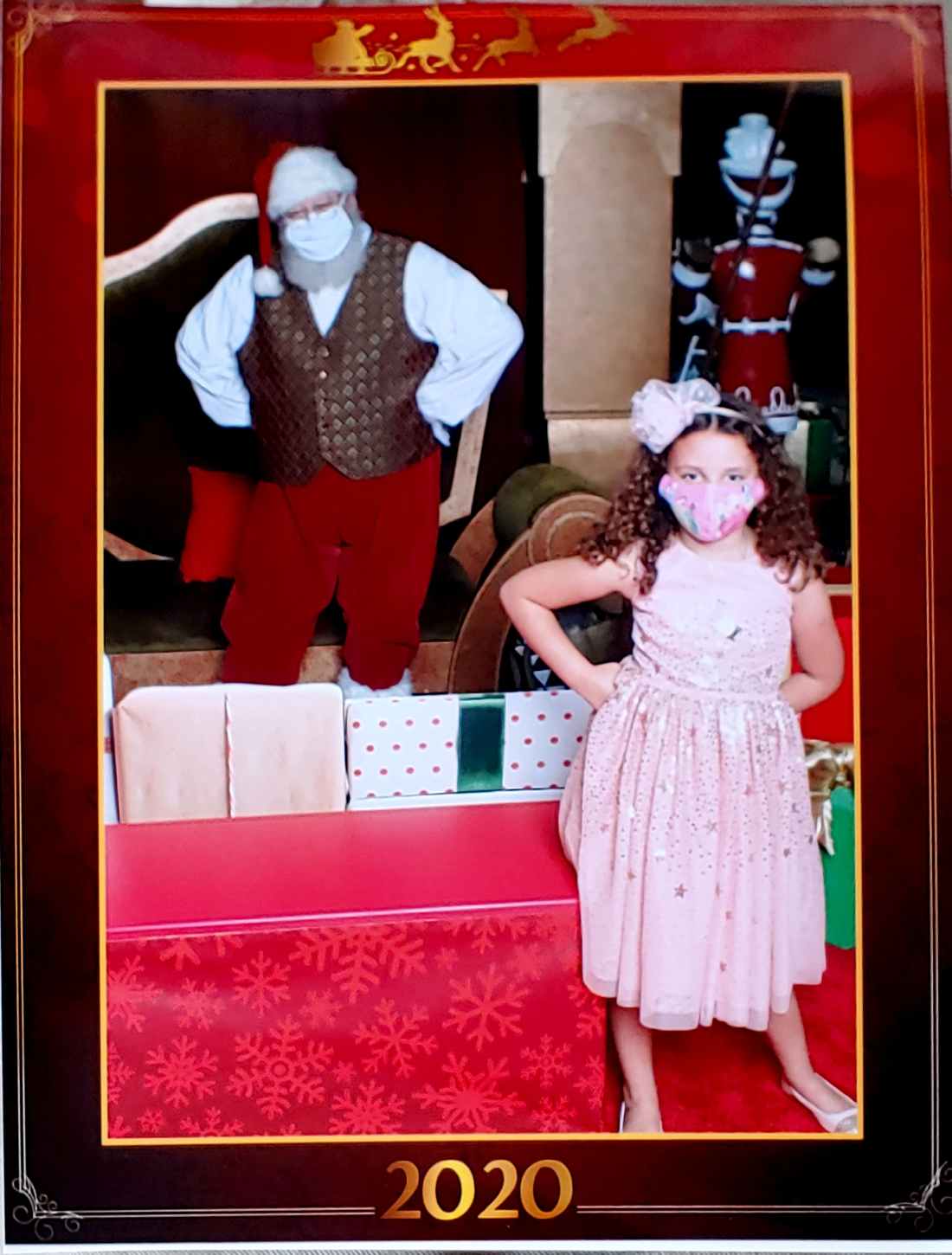 This is a crescent moon. But for some reason the camera filled in the dark area and made it look like a full moon. Or maybe it was the hazy fog that caused the distortion.

After taking the photo of the early morning noon, I went back to sleep until quartet past seven. 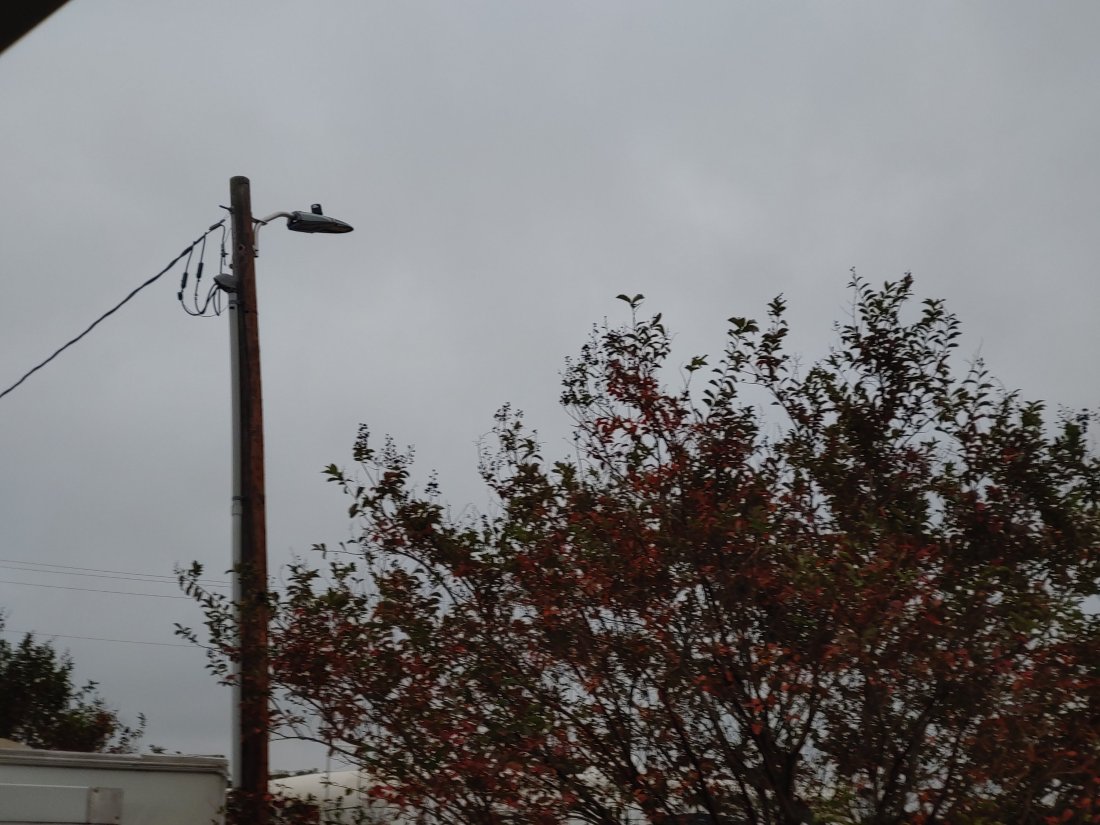 Another gray day start.Arriving at the mall at 11:31 and finding the outside doors were locked, I tried calling Melissa. I hoped she was already in the mall and could come and let me in. However, she was running late and she kept talking and not listening to what I was trying to say. I finally hung up. I called her back and told her to stop talking and listen. I was then able to let her know that the mall was locked and I was not able to get in. She said she was going to call Sergio, but she was also on her way. I don’t know what she expected the district managed to do about the doors.After a Google search I found the phone number for mall security. When I told him that the doors were locked, he replied that they were supposed to be locked until twelve noon. I explained that I needed to get in and ready for work at twelve. I was told were to find an unlocked service entrance.I made my way through the “Jefferies Tubes” (Star Trex fans will understand) to the storeroom-dressing room-break room. I had a key to unlock the gate but had no idea how to get the lights on. So, I dressed by the light of my cellphone. I was just getting my boots on when Melissa arrived. (Which means the mall doors were now unlocked) Needless to say we were a little late getting the Santa set up and running.

Mike got the equipment running while Sarah I straightened things on the set. 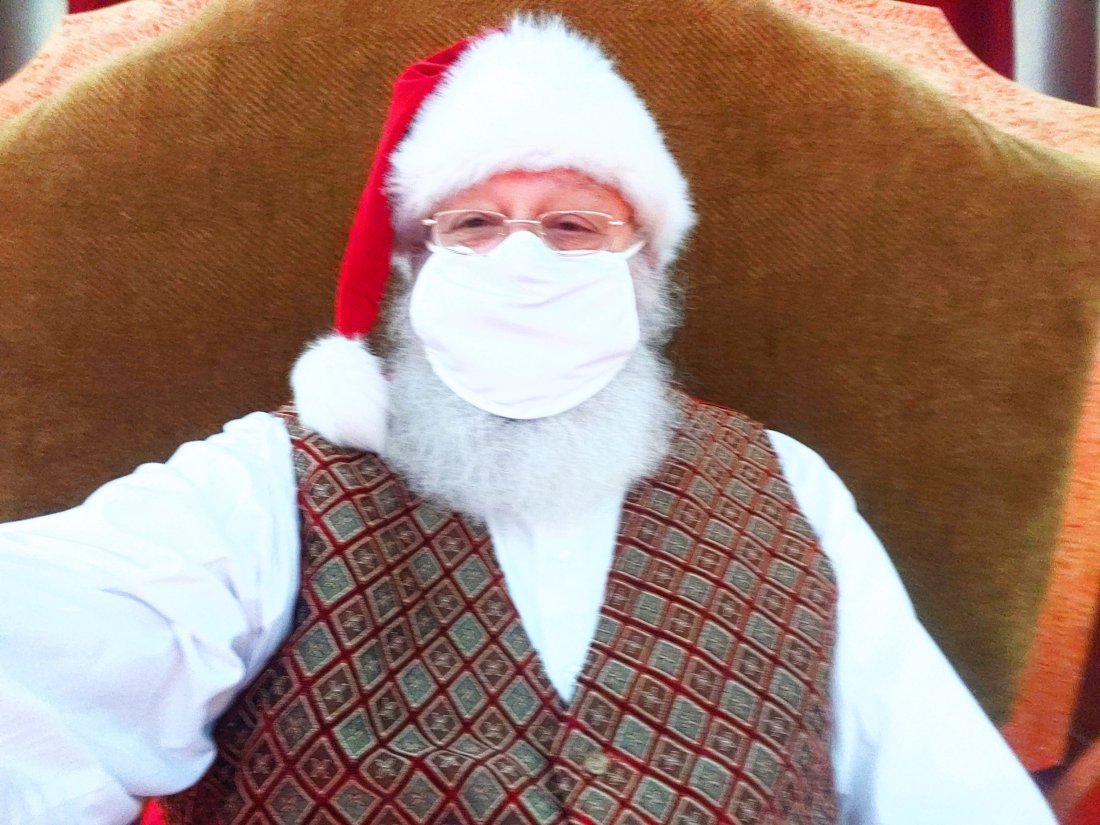 Here I am, masked and ready.

This little girl stood like this (but facing me) when we talked about her Christmas wish, her school, and so forth. When they first took Her picture, they had her sit, hands in lap, and ankles crossed – the typically photo. I said, “Wait a minute.” I then had her stand like this facing the camera. I then I copied the pose. Mom was delighted. I asked permission to have and use the photo.God bless and g’nite 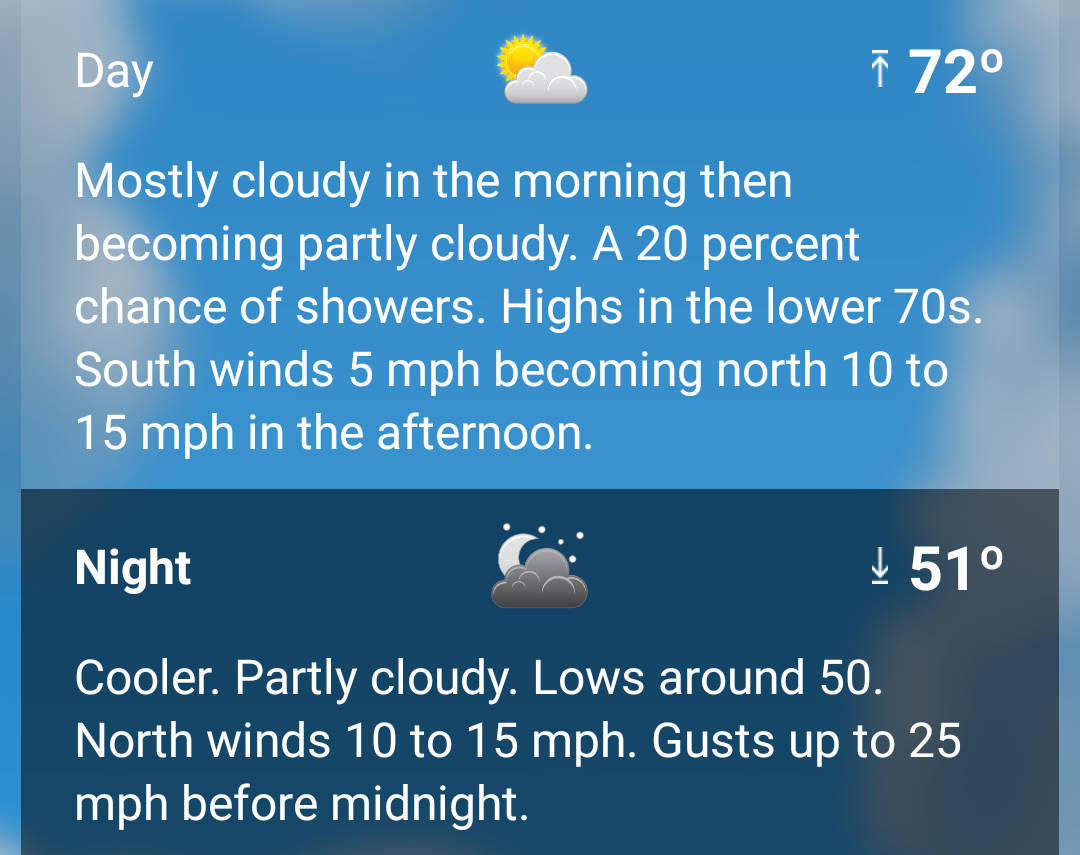 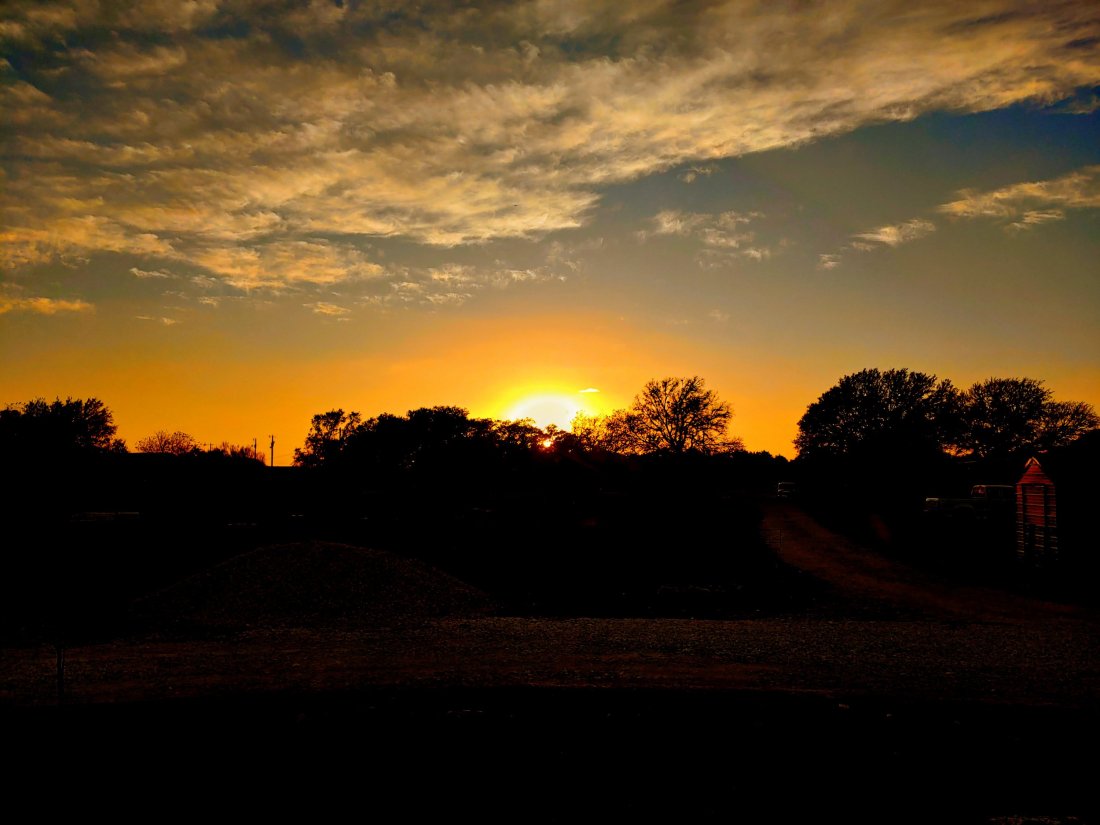 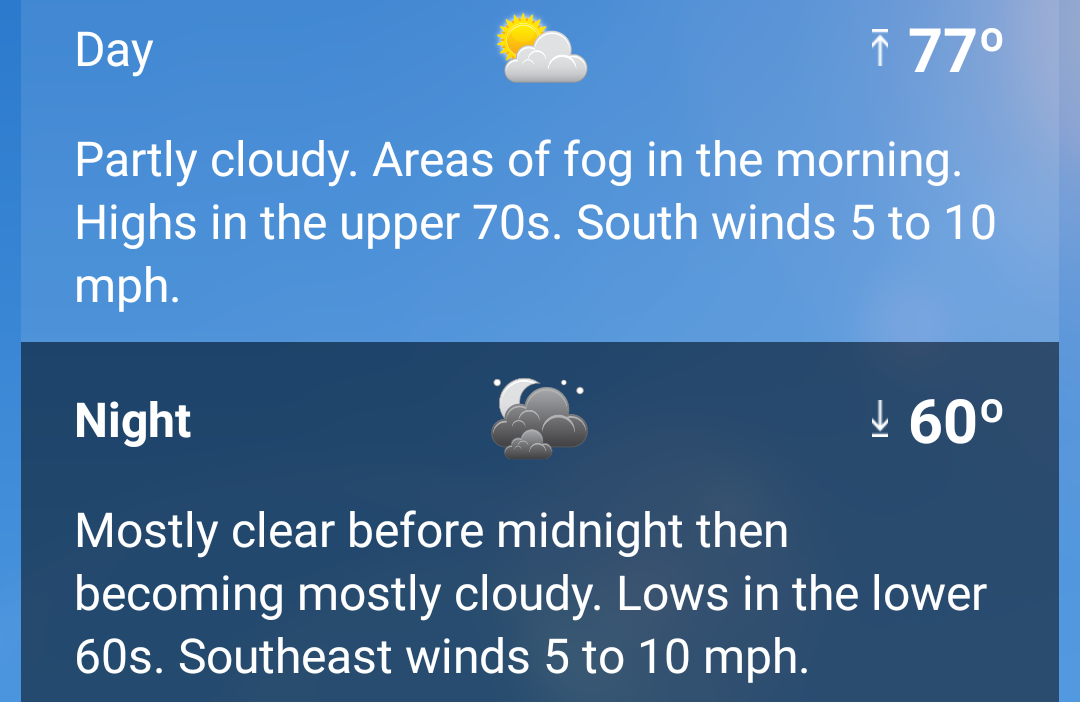 Indeed the day began hazy and overcast. There was also a slight ghost of a fog crawling along the low spots, trying to hide in the shadows.

After leaving the dentists, we made a short side trip to the church. We wanted to see how construction was proceeding on rebuilding the preschool building. It still stands in it’s bare bone stage. We noticed that work was being done in the worship center servings floor area. All three buildings of the church campus are undergoing construction. 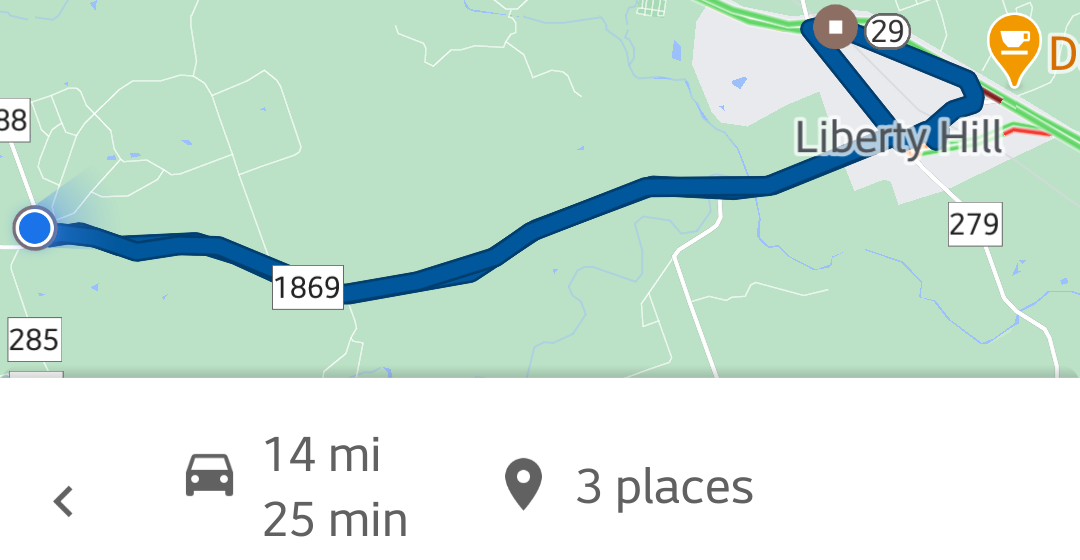 Do you recall yesterday’s post about my biting into what I thought was a pear, only to discover that it was a type of squash known as chayote. Today for lunch, I skinned them, cubed them, boiled them, and mashed them. Served with butter, salt and pepper, they were quite good. Possibly my new second favorite squash behind the spaghetti squash. 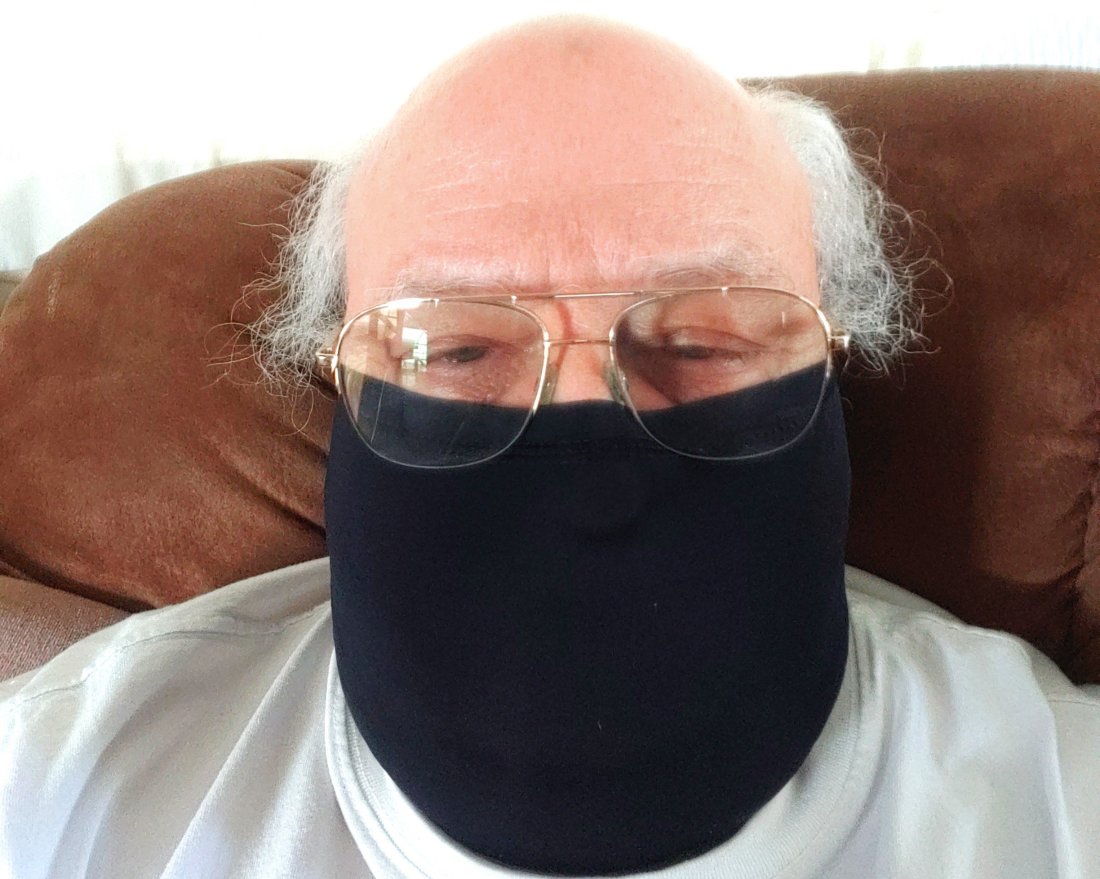 My new masks arrived today. Not only will they help slow the spread of viruses, they will help disguise my Santaness as I go in and out of the mall. 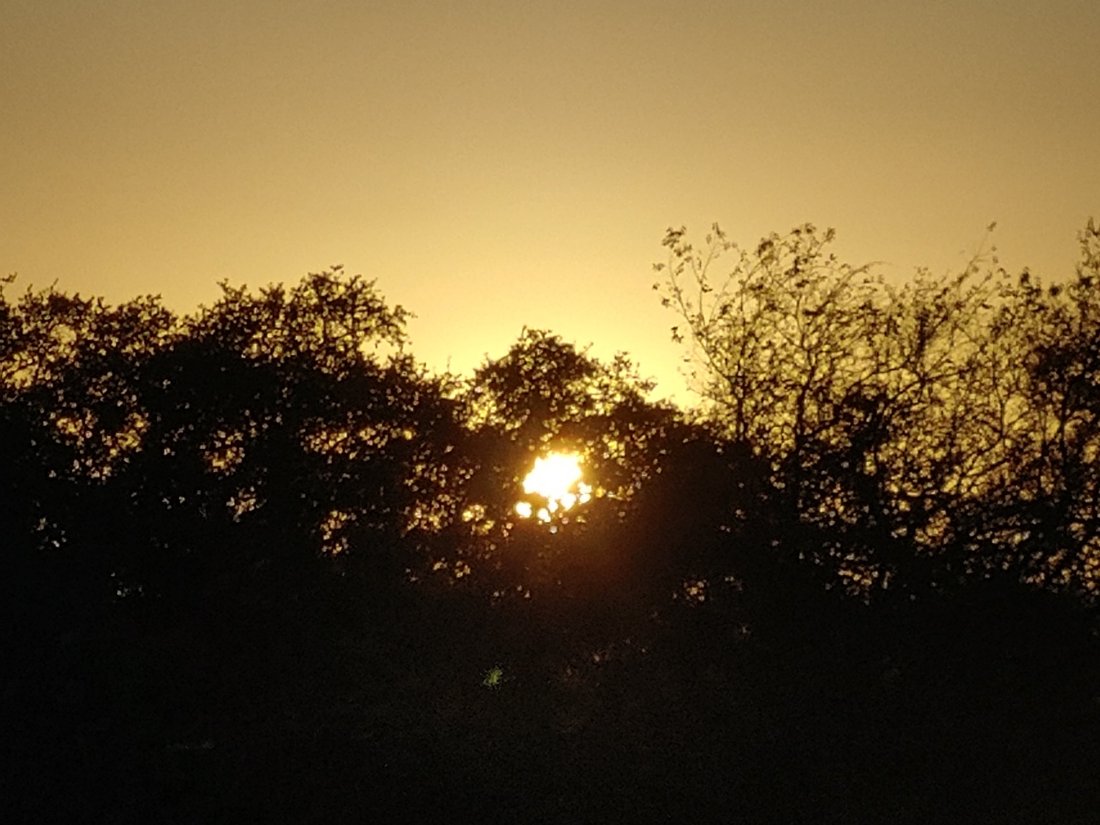 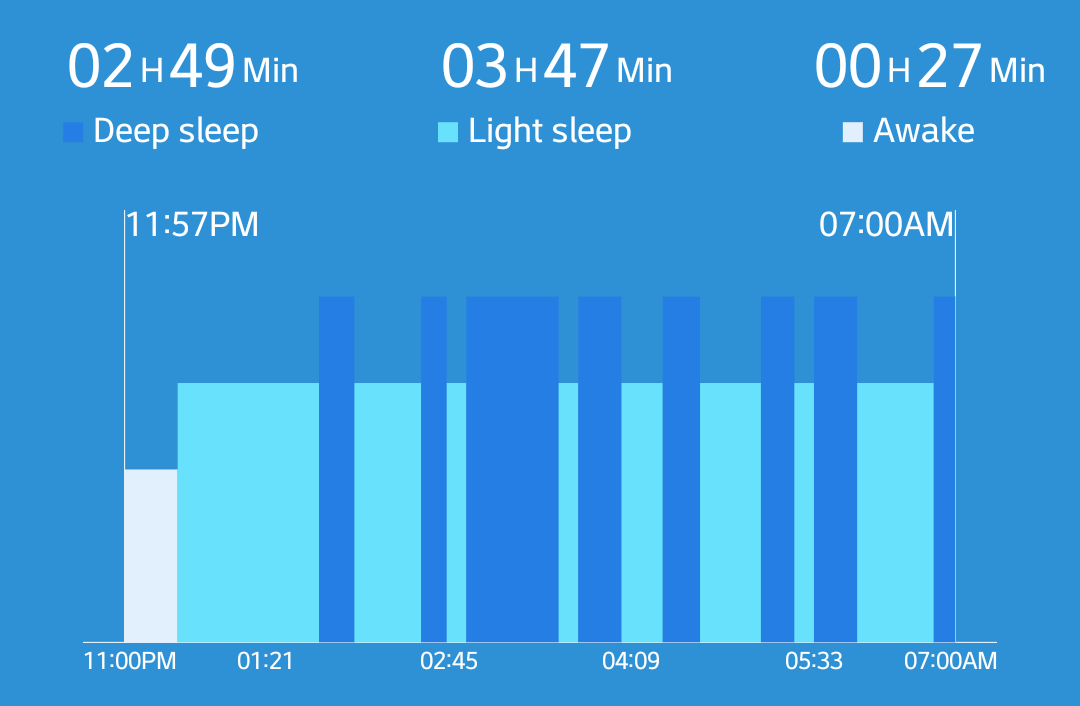 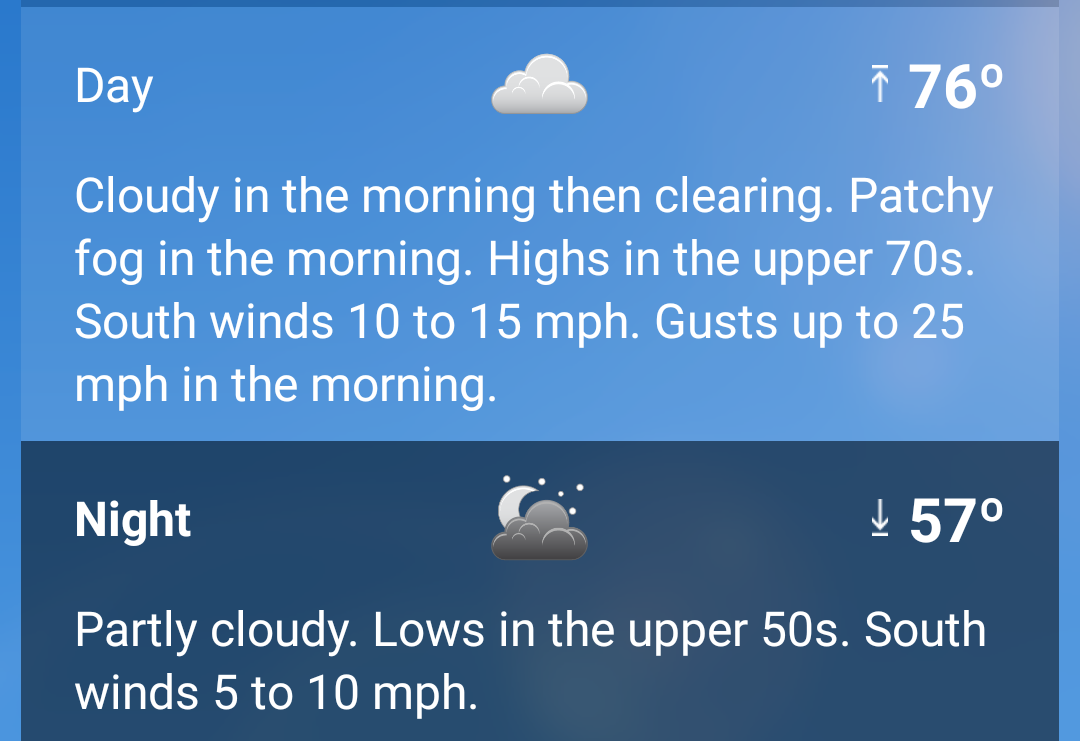 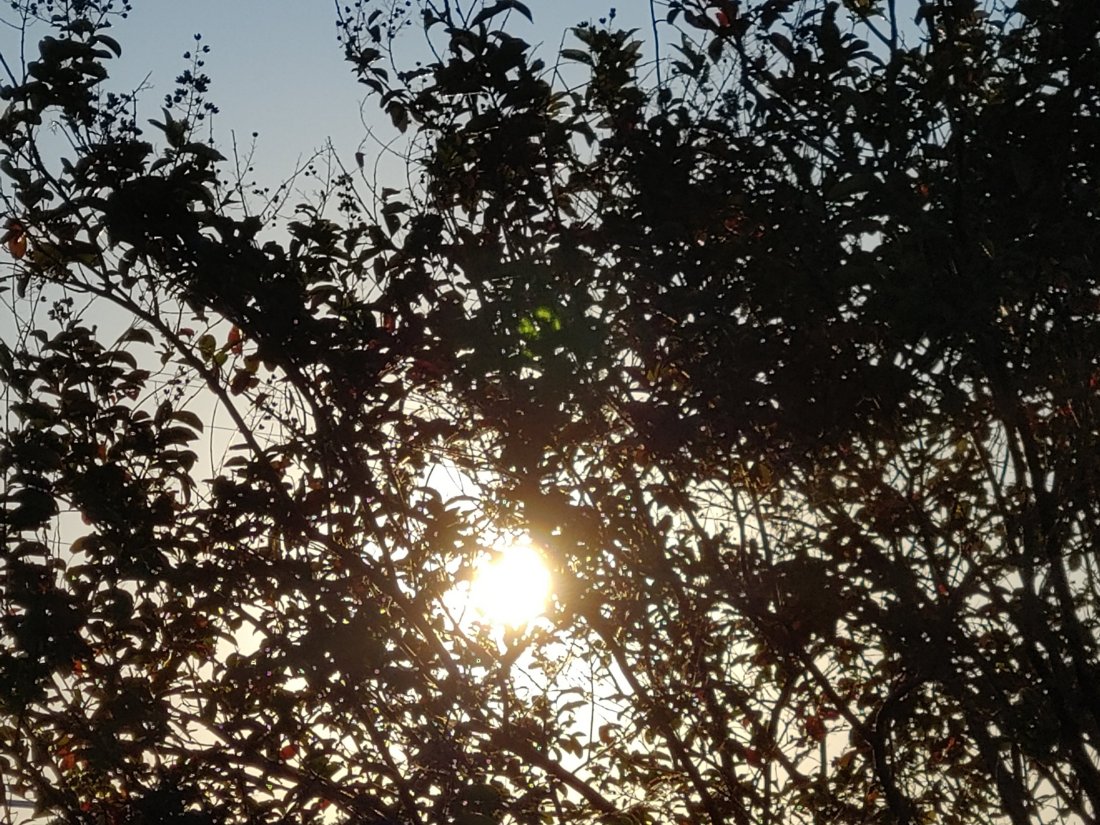 It is the middle of November and the trees and bushes are still holding onto their leaves. Even though we have been eight Texas winters, I’m still in awe of how long autumn is here. The early morning sun shining through those leaves was interesting.We received our voter registration cards today, so that in the next election, it will be simpler. Yay! I’m ready. Can we have some new presidential candidates now? I didn’t care for the choices this last time.

I mistook this for a pear and took a big bite off the end. I told Ella that it tasted almost like a cucumber. Google Lens identified it as a “Chayote, also known as mirliton squash or vegetable pear because of its pear-like shape and size, is pale green on the outside, with white flesh on the inside. It’s crunchy and mild “with a slightly sweet taste and light notes of cucumber,” according to Specialty Produce.May 13, 2020. I have 2of them and am trying to figure out what to do with them.

Will you just look at that sky! How perfect is that? If it was any clearer the sky would be black, because we’d be looking straight into spaces. It was a wonderful day to sit outside – so we did. 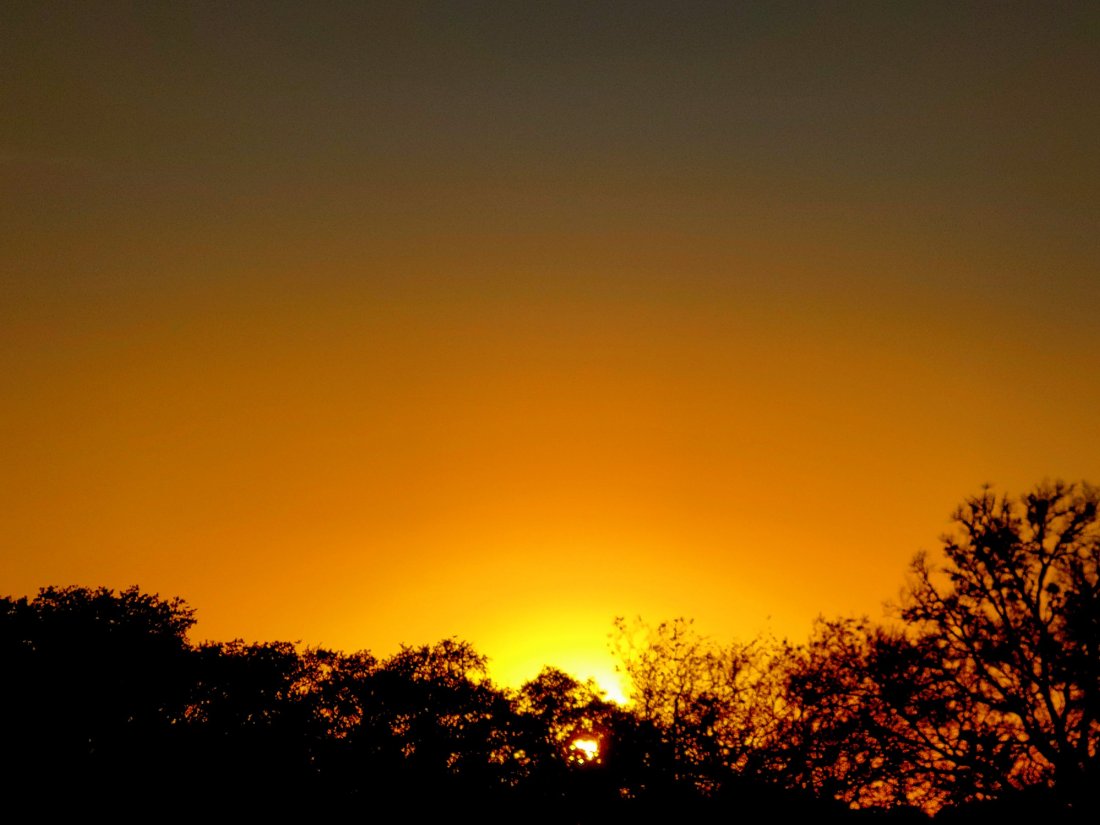 After the pure blue of the day, came the burnt orange sunset.God bless and g’nite 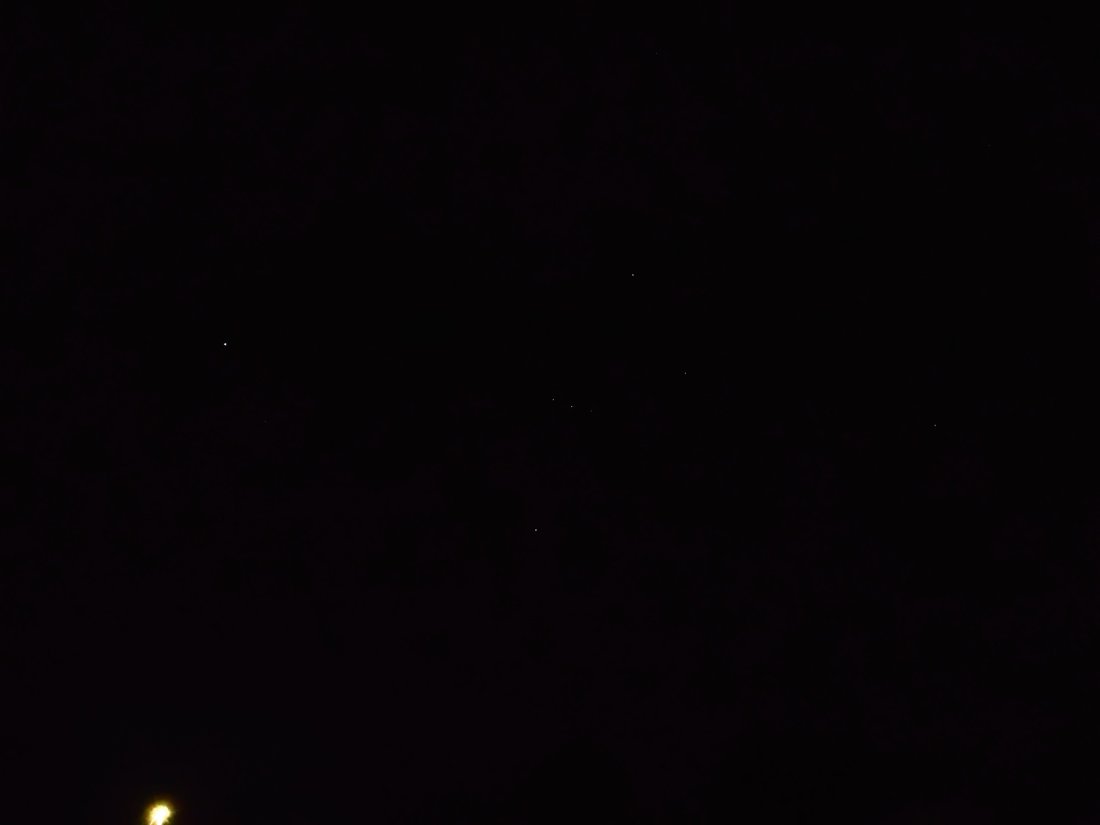 Believe it or not, these are photos of the star lit sky of early morning. Oh if only my camera could see as the human eye does. Perhaps, if you are viewing this on a large enough screen in a dark enough room, you may see some stars.

We slept warm, burrowed into nests of blankets and comforter. Like deep sea divers, our cpap machines delivering air to the depths of blankets, quilt, and pillows.It was after six o’clock this morning that I turned on the heater and then scurried back to my den of coverings. And snuggled closer to my den mate.Later still I rose to heat the coffee and warm the oven in preparation for baking biscuits. Feeling too lazy to roll and cut biscuits, I made drop biscuits instead. When it came time to eat, I regretted not taking time to roll and cut. Drop biscuits are just so crumbly. 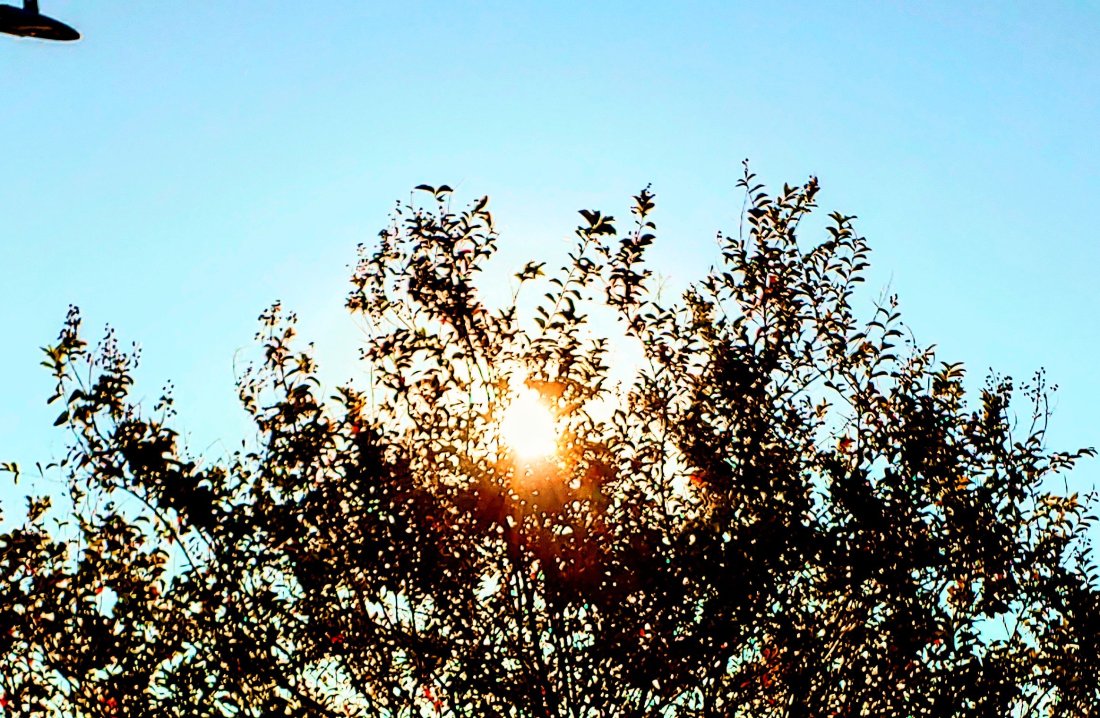 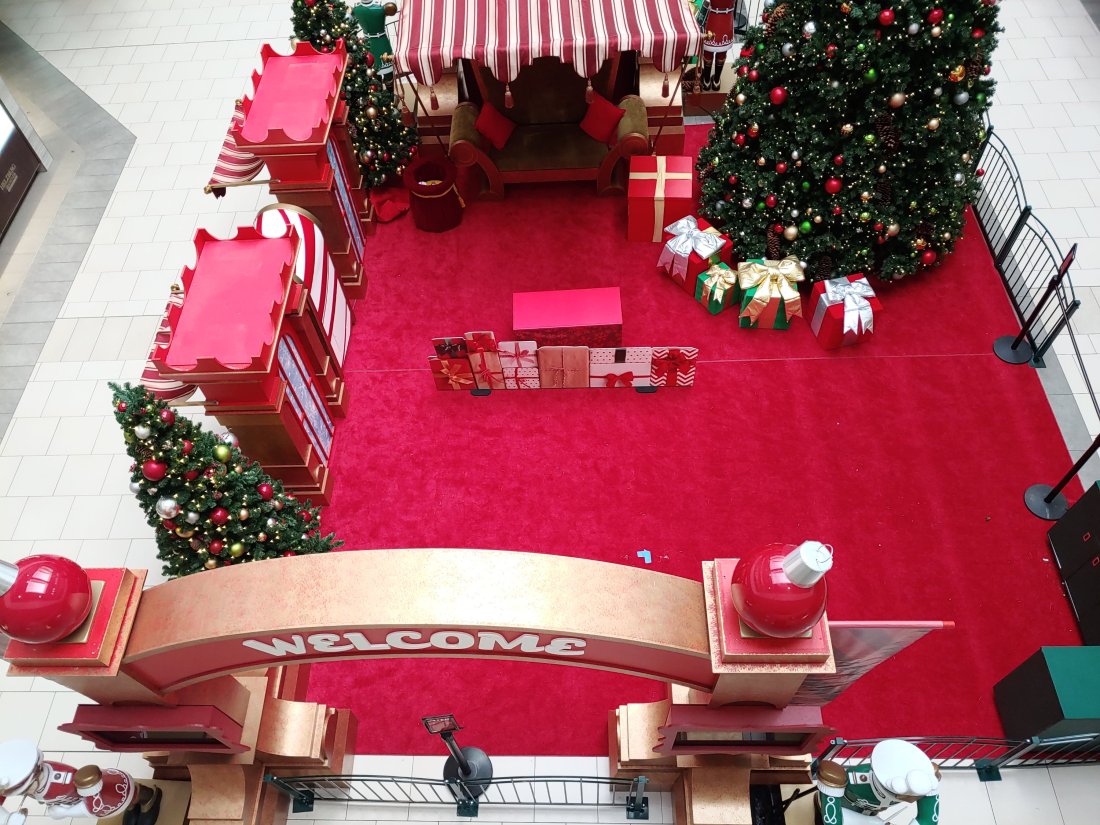 Reflections on being Santa in the time of Covid: Where is the joy?

What joy will the children receive in visiting Santa when they can’t sit on his lap and whisper their Christmas wish? Or even see his face.

What joy will Santa have when he and children are masked and smiles can not be shared? When Santa it’s only a prop for the photo, he might as well be a cardboard cutout.

What joy will parents have to receive photos of masked faces to remind them of Christmas 2020, the joyless year?

I made it to the mall to check out the Santa set and my suits. If you read yesterday’s post, you know that I was skeptical about the shirts fitting. Three of the four shirts had sleeves 2″ too short. But at least I have suits. I hope that Santa John has a suit with him, because there was no suits for him here. 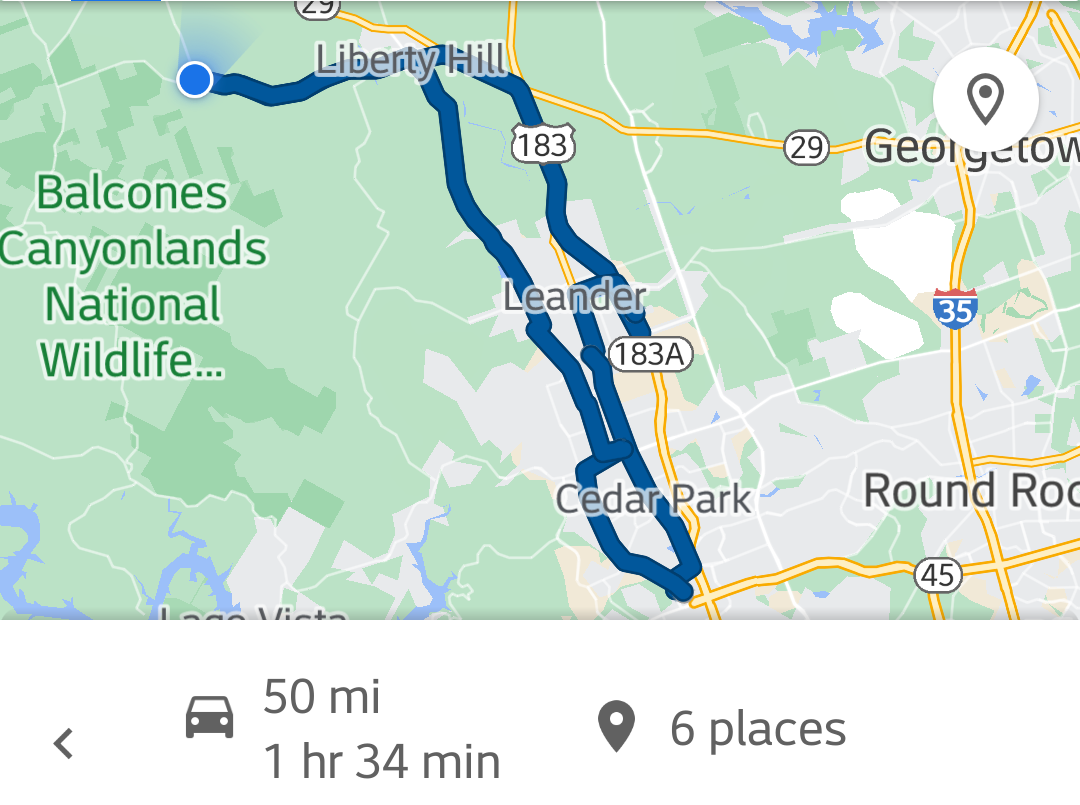 We had an all around busy day. Yesterday I said, “Tomorrow we may get some free produce at one of the churches in Leander.” Well today ours yesterday’s tomorrow and we did get some free produce from 2 churches. That’s good ’cause now I’ll have fruit to take for my lunchbreaks.I already mentioned going to the mall.We also stopped at the pharmacy and got Ella’s prescription. This is one she hasn’t had for a month.I’m tired. I will be back tomorrow 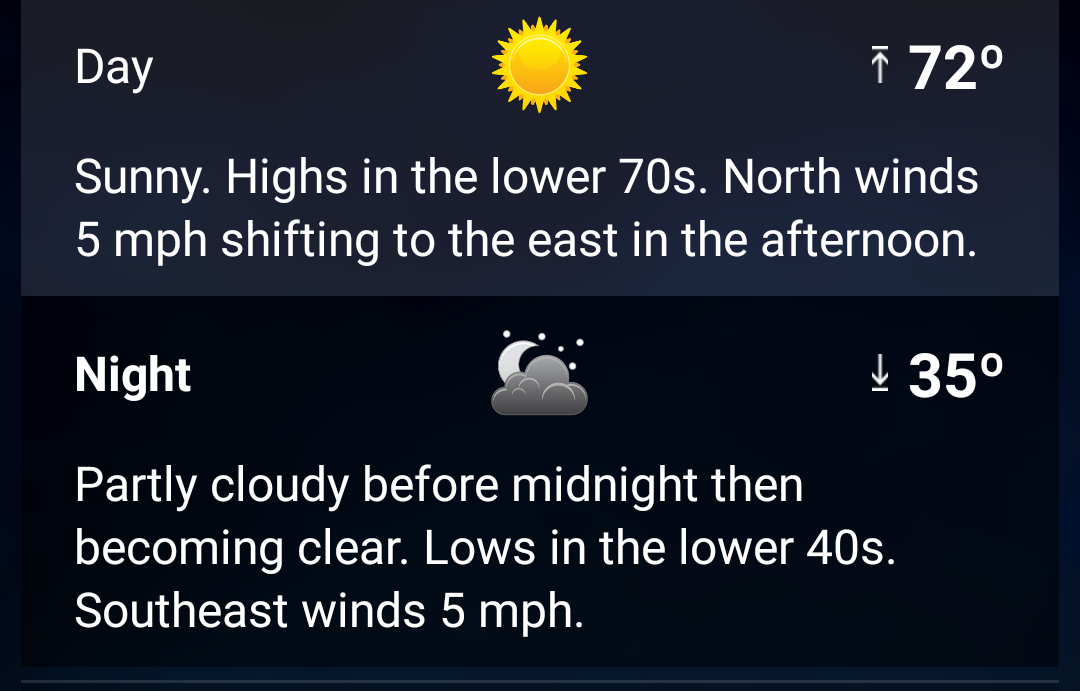 I was very glad that I had started the electric fireplace, before going to bed last night. 34° that feels like 28° might have been a shock to our little pink toes – all of our little piggies would have gone, “Wee, Wee, we’re freezing,” all the way home and under the covers..

As the sun sinks silently into the west, our days temperatures were above the average high and the day’s low was below the average.

Really? I walked two and a half miles today? Maybe I was sleepwalking. 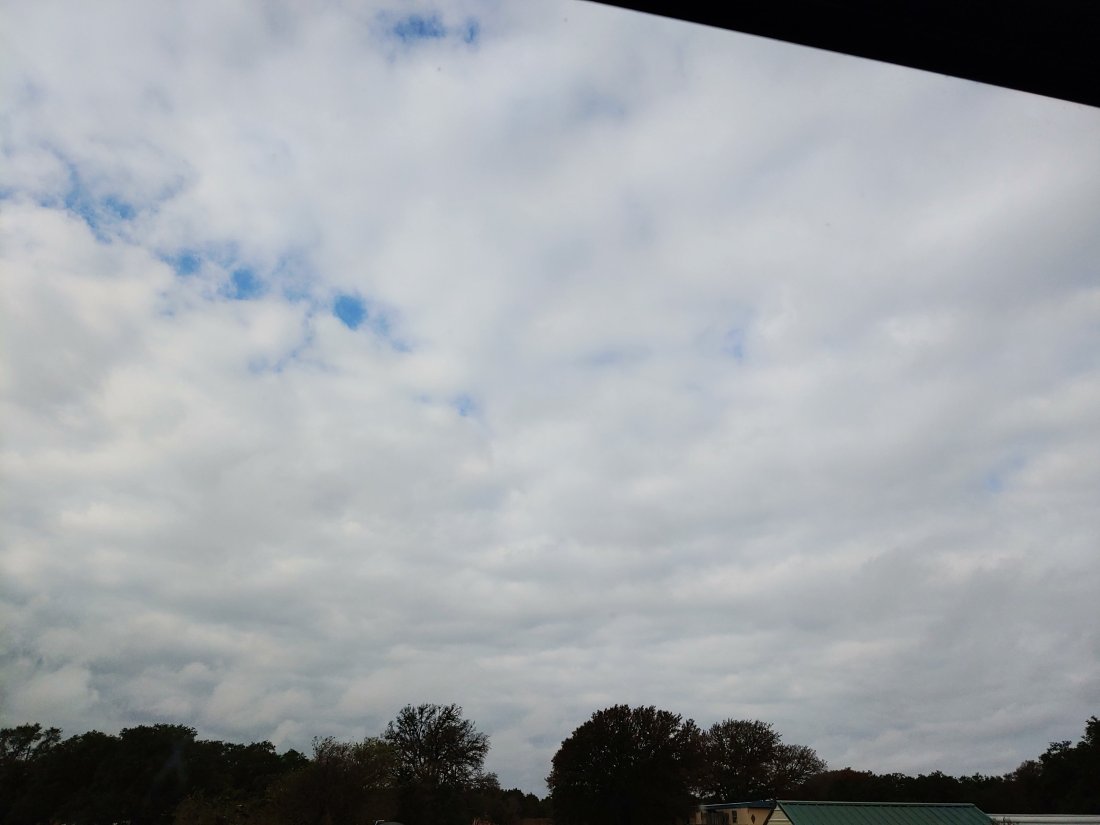 This was another “Uncle Albert” do nothing day. Though I wasn’t at all tired, I took a nearly two hour long nap – just out of boredom.

We did play several rounds of Fast Track today. I believe that Ella was the over all winner 🏆.

As amazing as the sunset as to see, the northwestern sky about a half hour later was also beautiful. 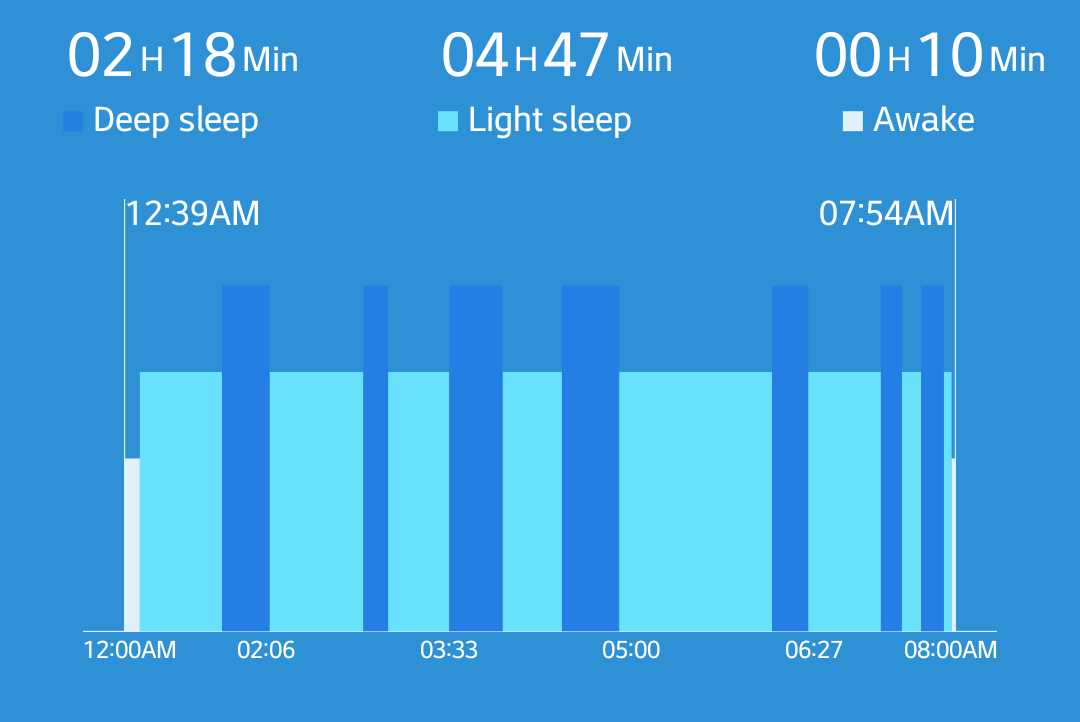 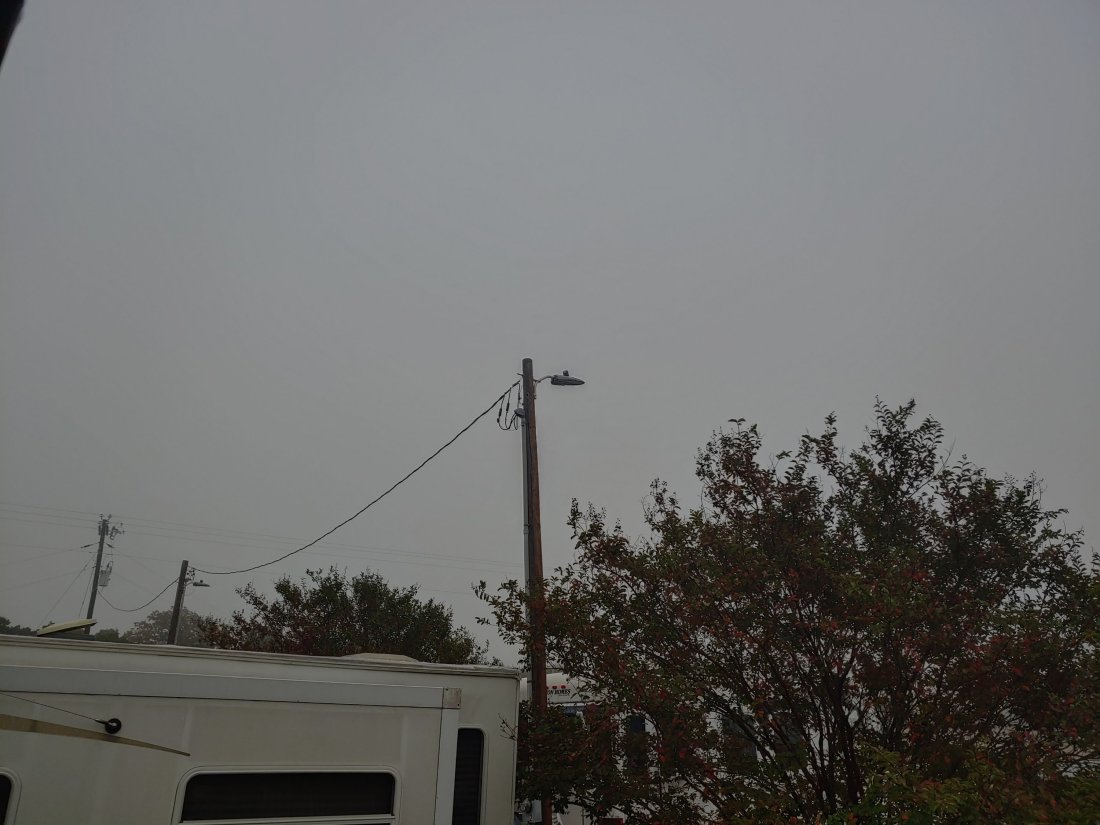 No sunrise through the clouds and fog, it was just a lot of gray on gray alli through the morning. The day started off chilly and breezy so the door remained shut until around ten o’clock. After that we had the door open until about three. By then the sun had come out and was pumping heat through our west facing windows. Those shades were dropped, the door shut and the a/c on.

Fry bread Friday. Because the day began bleak and chilled, I first thought that I would bake some bread. But Ella had purchased a large loaf of bread when she. picked up her meds the other day. So I decided to make frybread instead. We are some with honey as a midmorning snack. Our late lunch was spaghetti with meat sauce. The fry bread went well with that also. I may pop a couple in the toaster tomorrow morning – just to warm them, for breakfast. 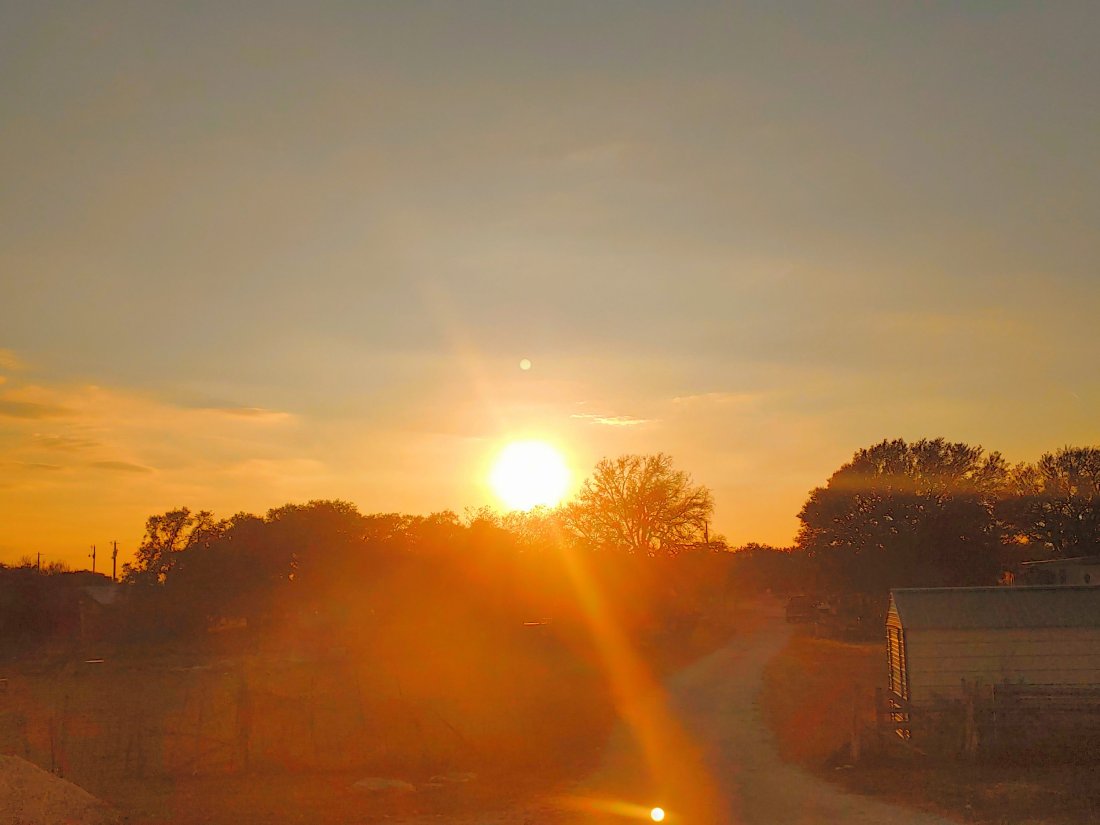 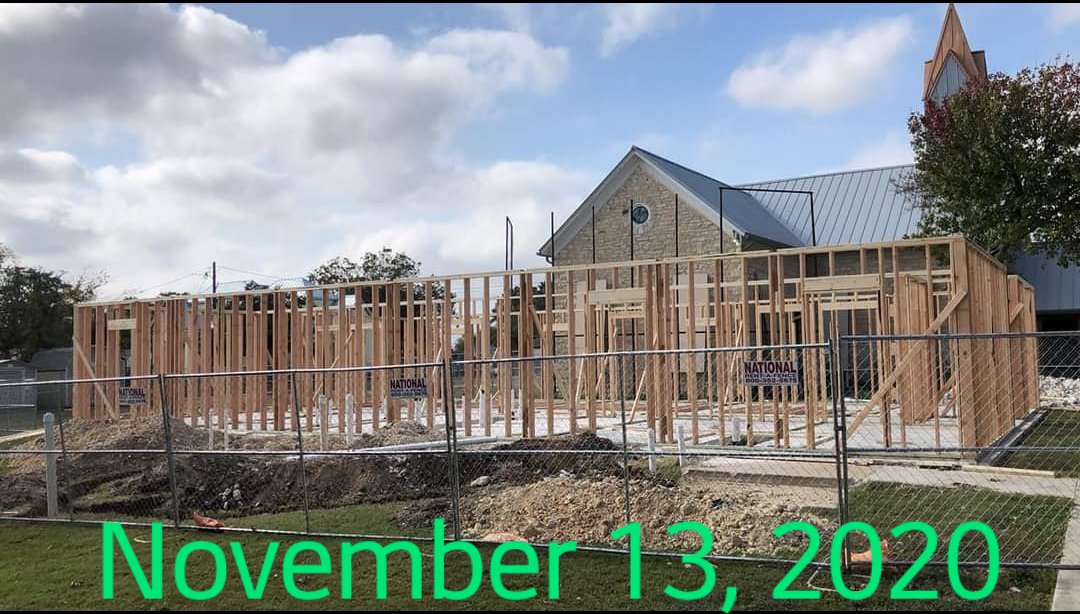 The rebuilding of the church’s preschool has begun. 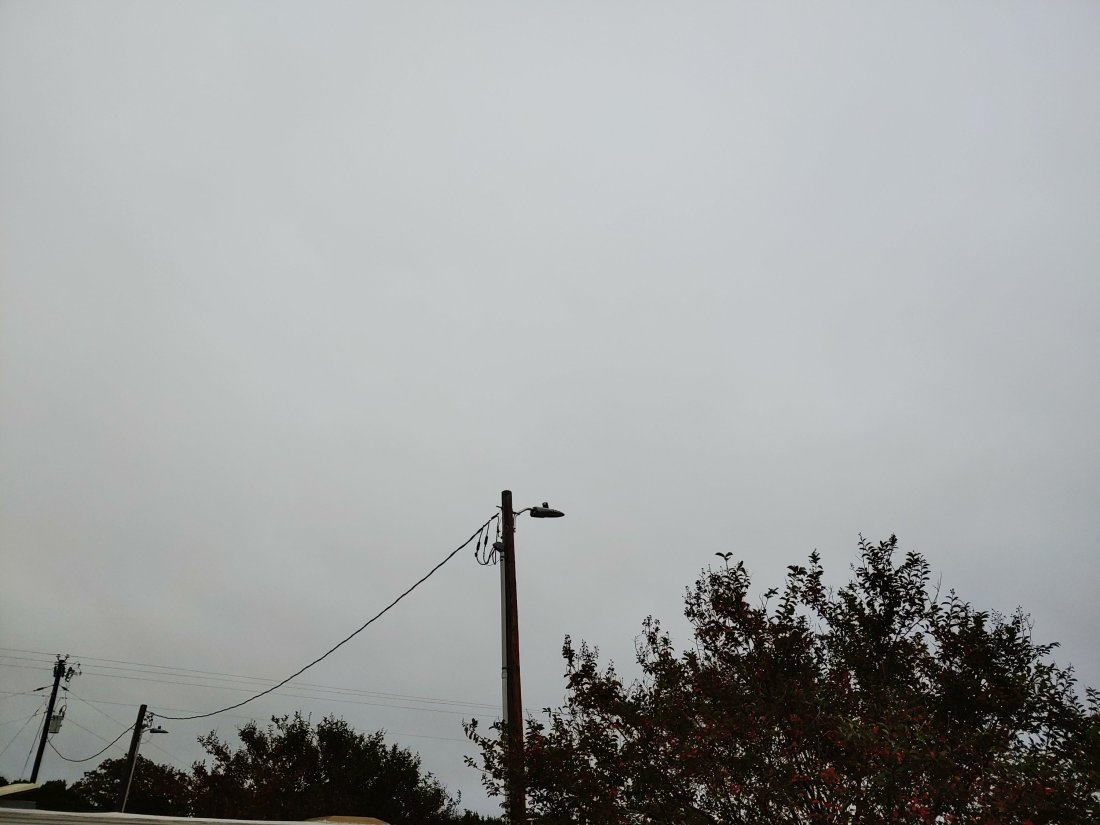 It was extremely overcast. The hills in the distance were lorry in a haze.

We drove to Leigha’s to pick up the rest of our laundry from earlier this week. Previously it wasn’t dry so we left it in the dryer and came home.

We had gas station pizza for lunch. $10 will feed us twice.

This is one game of Fast Track. In the top photo Ella has 2 markers in home and another ready to go in and her fourth in play. Tom had one in home and one in play, with 2 not on the board. And yet, Tom won the game. With this game you never know until it’s over.

How’s that for a throwback?

I’m having some problems with WordPress freezing. Plus it’s not displaying the photos as I’m typing on the blog. Bummer. I give up. I’ll try again tomorrow. 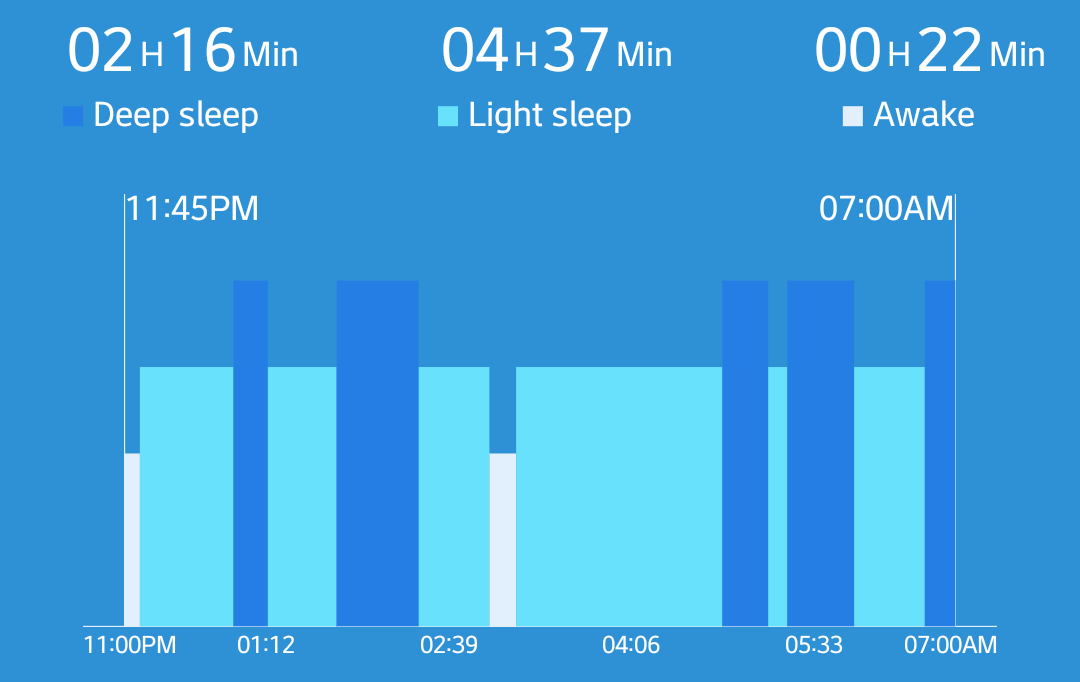